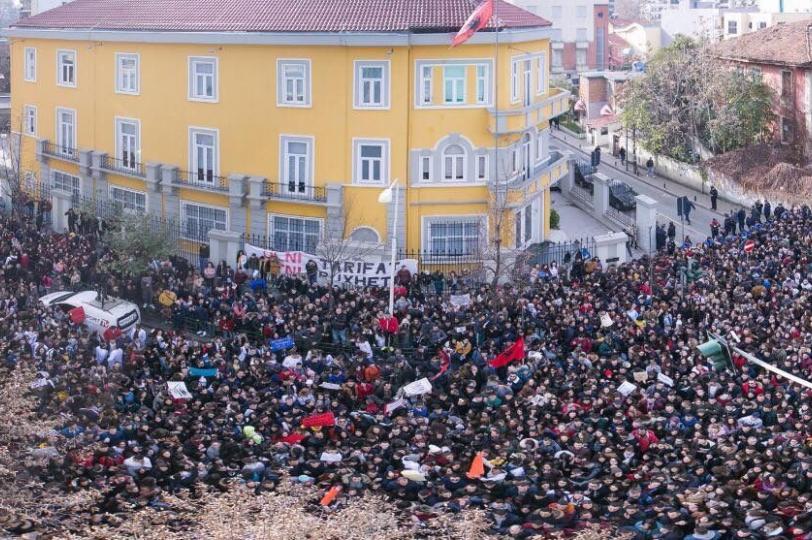 Largely unnoticed in the European Union , an active civil society has emerged in Albania, one that engages in a variety of way in promoting the concrete implementation of the shared European values of democracy and the rule of law. The big student demonstrations protesting university tuition fees and demanding better conditions for their studies gave rise to months of demonstrations against corruption and nepotism. Environmental groups succeeded, with broad societal support, in saving Valbona National Park. In Tirana, a protest movement continues to fight against a plan to tear down the National Theatre, which is entitled to protection under monument protection legislation.

The EU harmonisation process has triggered numerous changes in Albania in the past decade: the combination of external pressure and the internal political dynamics and societal protests resulted in a comprehensive restructuring of the justice system and in anti-discrimination legislation that conforms with EU guidelines. Expectations have been running high that these positive developments will continue and that Albania will successfully transform itself from an outsider lagging behind into a serious candidate for EU accession.

All the greater, then, is the disappointment over the European Council’s recent decision, in the wake of a veto by France, to postpone the opening of accession talks with Albania once again.

How will this postponement impact Albanian domestic policy? How far deep do the reforms triggered by the EU harmonisation process actually reach? How have the dynamics of the protest movement been reflected in the political domain?

Moderation: Marion Kraske, head of the Sarajevo office of the Heinrich Böll Stiftung

After the discussion, we welcome you to an informal networking reception with our guests.

Language: The event will be held in English and German with simultaneous translation provided.

The event will be transfered in livestream.