Right-wing violence on the streets of Germany and the USA 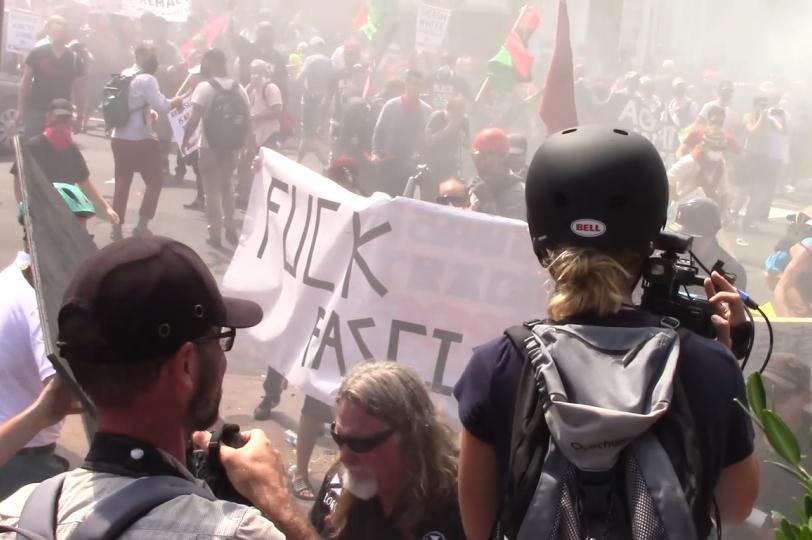 In Charlottesville, Virginia, right-wing extremist groups marched on August 12, 2017 under the motto “Unite the Right”. This culminated in a right-wing terrorist deliberately driving his car into a group of counter-demonstrators, killing a woman and injuring several people. In Chemnitz, organised right-wing supporters and neo-Nazis marched between 26 August 26 and 1 September, 2018. Violent radical right-wing riots took place and foreigners were chased through the streets over a period of several days.

US President Donald Trump avoided attributing a clear blame in his public commentary, and he also failed to call these incidents right-wing acts of terrorism; instead, he accused both sides of being responsible for the escalation. While the German federal government took its time to issue a statement following the events in Chemnitz, Hans-Georg Maaßen, president of the Federal Office for the Protection of the Constitution who was by now placed in "early retirement", denied the events: he claimed he had no reliable information about racially motivated chases. Federal Interior Minister Horst Seehofer summed it up thus: “The issue of migration is the mother of all political problems.”

However, the current Leipzig Authoritarianism Study confirms what is becoming increasingly visible on the streets of Germany: the number of right-wing crimes has risen sharply in recent years. This is all the more worrying in view of the fact that (recent) history of right-wing terrorism in Germany has been dealt with in a wholly inadequate way. On the basis of the documentary Charlottesville: Our Streets, we want to host a discussion with the filmmaker Jackson Landers and guests on the following: what are the parallels between Charlottesville and Chemnitz? What danger does right-wing terrorism pose for society and democracy? What are the reasons for the inadequate, protracted and relativising institutional reactions and strategies in dealing with right-wing violence? What conclusions can be drawn from this – and how can democracy nevertheless ensure its ability to act in the face of the obvious political unwillingness to deal with right-wing violence in a consistent way?


The screenings will take place in the context of the tribunal “Dissolving the NSU Complex” on 25.11 and 26.11 in Mannheim and Berlin.

About the film: A team of local filmmakers, photographers and journalists compiled more than 100 hours of material and in two months produced a documentary about the events in Charlottesville. The material has been supplemented by excerpts of recordings that the citizens, journalists and filmmakers have captured on their mobile phones, but also on

high quality cameras. The aim was to paint as realistic a picture as possible of the events.

Note on the screening: The film shows scenes of unambiguous violence that might be distressing to some viewers.

Admission is free.
There will be simultaneous translation German/English