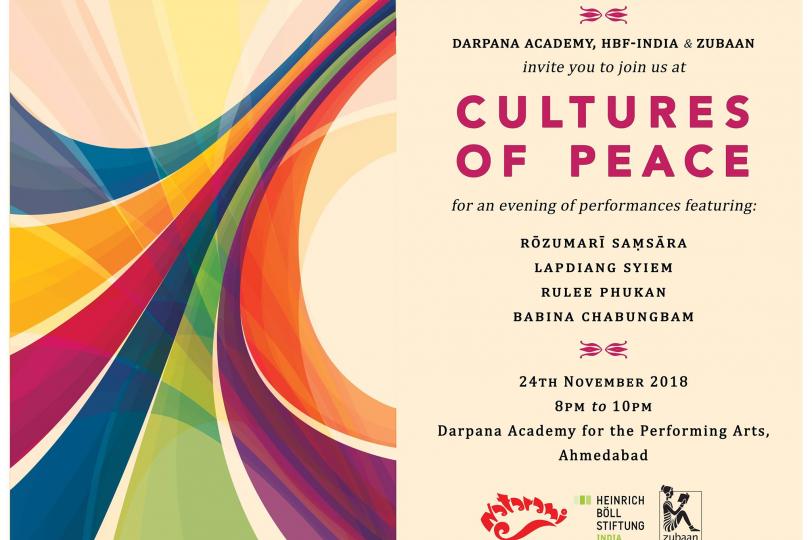 Bohaag marks the advent of Assamese New Year and the beginning of harvesting season. It starts in the middle of April, to bring colours of joy to its people. This month is significant to the people in Assam. The nature transforms; the trees change its colours. A season when Naahor (Mesua ferrea), Togor (Gardenia) and Kopou (Orchid) blooms; Kuli (Asian Koel) and Keteki (Indian Nightingale) sings.

The people from different tribes and communities of Assam celebrate this spring festival in their own indigenous ways. While it is popularly called Bohaag Bihu or Rongali Bihu - Bodo-Kachari calls it Baishagu, Tiwas call it Pisu, Deoris call it Bahagiyo Bihu, Rabhas call it Nava Barsa and the plain Karbis call it Johang Puja. The celebration might differ from one another yet the spirit remains quintessentially the same for all. Bihu is a multi-ethnic festival with little religious ardour to it. Bihu fosters the spirit of peace and of fraternity.

Rulee Phukan (from Guwahati, Assam) is a research fellow at North East Network, Guwahati, whose project examines access that low-income migrant workers have to basic services and protection in urban India. She has been a full time dancer since 2007, having performed Bihu and other modern dancers across India and abroad.

Neela Kamala was composed by late Guru Padma Shree Amubi Singh in the late 1930s. It is one of the first Manipuri Classical solo dance composition and marks the transition from temple bound sacred performance of Manipuri Classical dance tradition to individual modern choreographies for stage performances. Devotional elements, themes of Radha-Krishna, bhakti were followed in the new solo compositions. Neela Kamala is based on the Poet Jayadeva’s Geet Govinda. It describes the beauty of the dark Lord as expressed by Radha. The present composition is newly choreographed by Guru N. Amusana. More than the essence of this dance, this presentation aims at showcasing the ‘slowness’ and ‘monotony’ of Manipuri dance which are both its unique distinguishing feature and also a feature often attempted and demanded to change to suit the interests of cultural entertainment.

Babina Chabungbam is a research scholar at Jawaharlal Nehru University, New Delhi and member of a Delhi based Manipuri dance group, Narmada Cultural Organisation. She shifts between the lived experience as a dancer and academic engagement as a scholar to join the dots between life and letters of the two different yet similar worlds. Combining passions in these two different fields, she is working on Manipuri Classical dance ‘Jagoi Raas’ (Raas Leela) as a form of embodied culture as well as a site of social, political and cultural contestations.

For 40 minutes, we'll take you all on a journey to the 'artistic underworld' where the Northeast Indian Sisters who have experienced an untimely death end-up. There in that world, The Guardian of the Artistic Underworld RōzuYama warmly welcomes them, and gives them love and dignity-- to help these tormented souls to find their eternal peace. his show compassionately applies 'rōtoh' performance technique which means rōzumarī's concoction of butoh-ritual theater-storytelling-and-performance art spiced-up with energetically rhythmic movements of Lapdiang's feet.

Lapdiang (born in Shillong, Meghalaya) graduated from National School of Drama, Delhi and rōzumarī (born Rosemary Kikon, in Kohima, Nagaland) graduated from Delhi University and later from Ruhr-Universität Bochum, Germany. Generous Fate brought them together at The Commedia School, Copenhagen in 2016, where these two started their artistic friendship seasoned soulfully with their very unique Northeast Indian-Female-Tribal flavoured experiences.