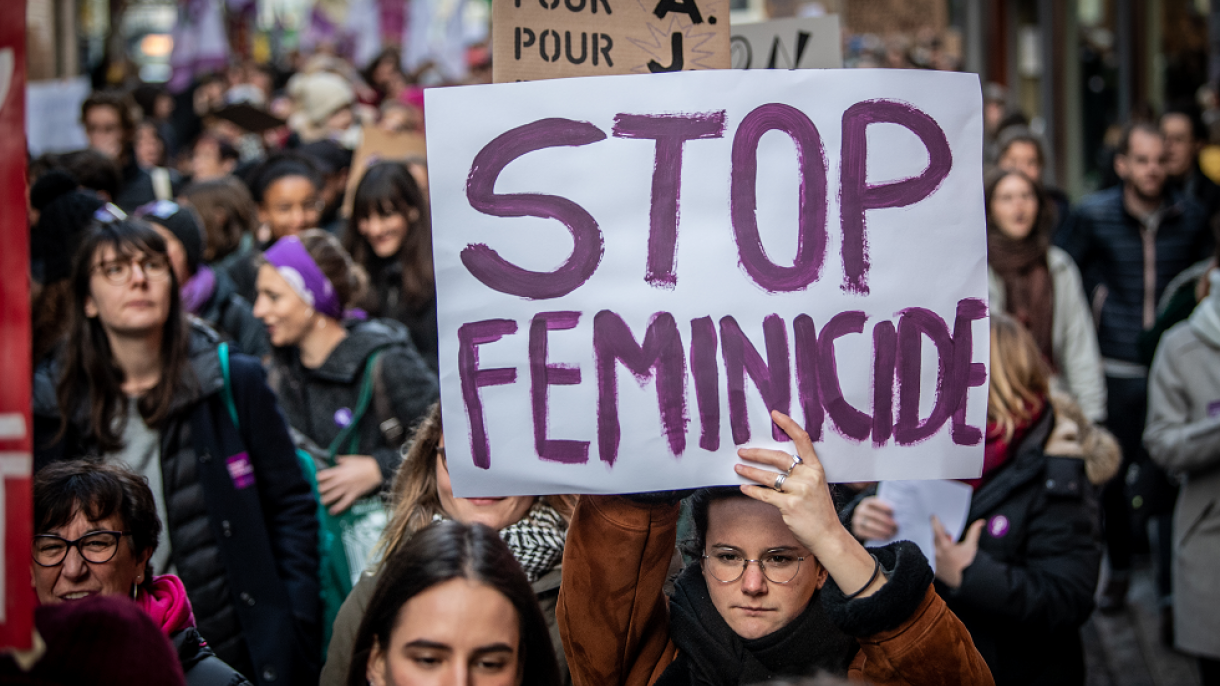 Shedding light on feminist and anti-racist strategies against patriarchal violence in its most extreme form.

Join us for the 10th edition of A feminist exploration, organised by the European Feminist Platform. This time, we will shed light on feminist and anti-racist strategies against patriarchal violence in its most extreme form, focussing on feminicide.

After every single feminicide that has come to light in Austria since July 2020, Claim the Space has organised spontaneous demonstrations. Apart from taking anger to the streets and claiming public spaces, mourning together has also become an important practice in dealing with the extreme violence of feminicide.

Feminicide means the killing of women, inter, non-binary, trans or agender persons because of their gender or gender identification. The terms feminicide or femicide are linked to feminist struggles, in the Latin American context, to identify the structural and gendered components of this violence, especially with regard to its state dimension. Until today, no government statistics on this have been published in Austria or in most European countries. Politicising feminicide means finding a practice that makes it possible to overcome the purely reactive moment, and thus gain agency.

The politicisation of the killings has brought about a shift in media discourse in Austria. Mainstream media now writes and speaks of feminicide, instead of framing it as "relationship dramas", "family tragedies" or "crimes of passion".

During this feminist exploration, we will be discussing the following key questions:

This discussion series is powered by, and created for, feminist scholars, activists and policy makers – in Europe and beyond.

19:05 – 19:15  Screening of the video "Call it by its name" and input by Maria José Magalhães, Representative from the European Observatory on Femicide

19:35 – 19:45 Screening of the video "Femicide is only the tip of the iceberg", followed by comments from Kirsten Leube, Legal Officer, Unit for Gender Equality, Directorate-General Justice and Consumers, European Commission

Moderated by Judith Goetz, literary scholar, political scientist and member of the research group Ideologies and Politics of Inequality, as well as the research network Women and Right-Wing Extremism

Please feel free to circulate this invitation to interested colleagues, friends and partners.

If you have any questions, please contact Melanie Bernhofer.

*Covid-19: This event will only have a limited number of seats. Registrations will proceed on a "first-come/first-served basis". Admission to the event venue is only possible with a confirmed registration. There will be infection safety measures on site. Please help us to keep everyone safe and do not come if you feel sick or if you have been exposed to any infectious risk prior to the event.