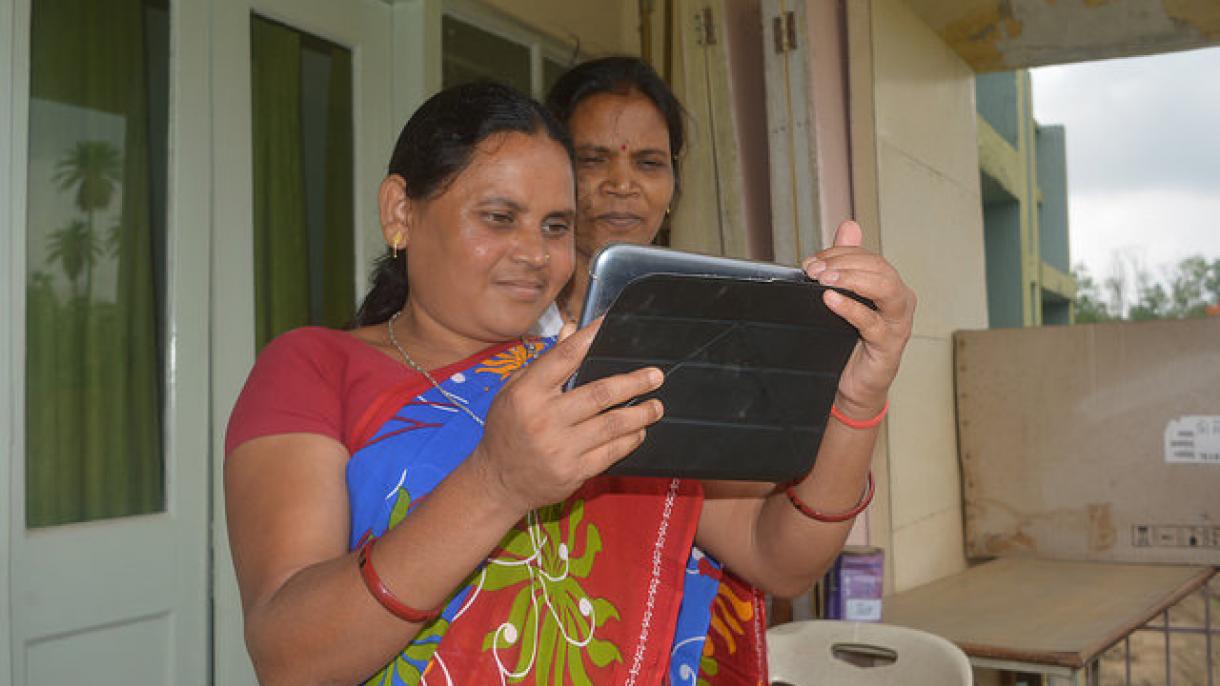 With an aim to “transform India into a digitally empowered society and knowledge economy”, the India government’s Digital India programme was launched on July 2nd, 2015 and has since then been prioritized in most policy agendas in India. Centered on three principal components namely, Digital Infrastructure as a Core Utility to Every Citizen, Governance and Services on Demand and Digital Empowerment of Citizens, the programme seeks to bring about inclusive growth by ensuring that several products and services along with government services are made available to citizens electronically with coverage extended to rural areas.

However, in spite of concerted efforts over the last two years, the digital gap in India is still vast, not to mention the gaping digital gender divide. This digital gender divide is largely attributed to the lack of access to digital resources and the absence of digital literacy skills (Subramanian, 2017). Several studies have shown that women’s access to mobile phones and/or the internet is significantly less as compared to men both in rural and urban India. This gender gap in access should be interpreted “as symptomatic of underlying structural inequalities – especially in education and income – between women and men; and refrain from naive digital divide analyses that will result in ineffectual 'give-access-get-empowerment' solutions” (Gurumurthy & Chami, 2014). Otherwise, “digital technologies can act as tools of control and surveillance, not empowerment” (Aneja & Mishra, 2017). Moreover, an understanding of the digital gender divide requires a deeper consideration of not just economic factors but the deeply entrenched social and cultural values that restrict and discourage women’s access to and use of digital technologies (Subramanian, 2017).

In light of this context, ISST, with the support of HBF proposes a discussion forum on ‘Towards Bridging Digital India’s Gender Divide’. This panel will examine in some detail the significance and effectiveness of the Digital India programme from a gender perspective. Some of the key concerns that the forum seeks to examine are as follows:

Gurumurthy, A., & Chami, N. (2014). Digital Technologies and Gender Justice in India: An analysis of key policy and programming concerns. IT for Change.