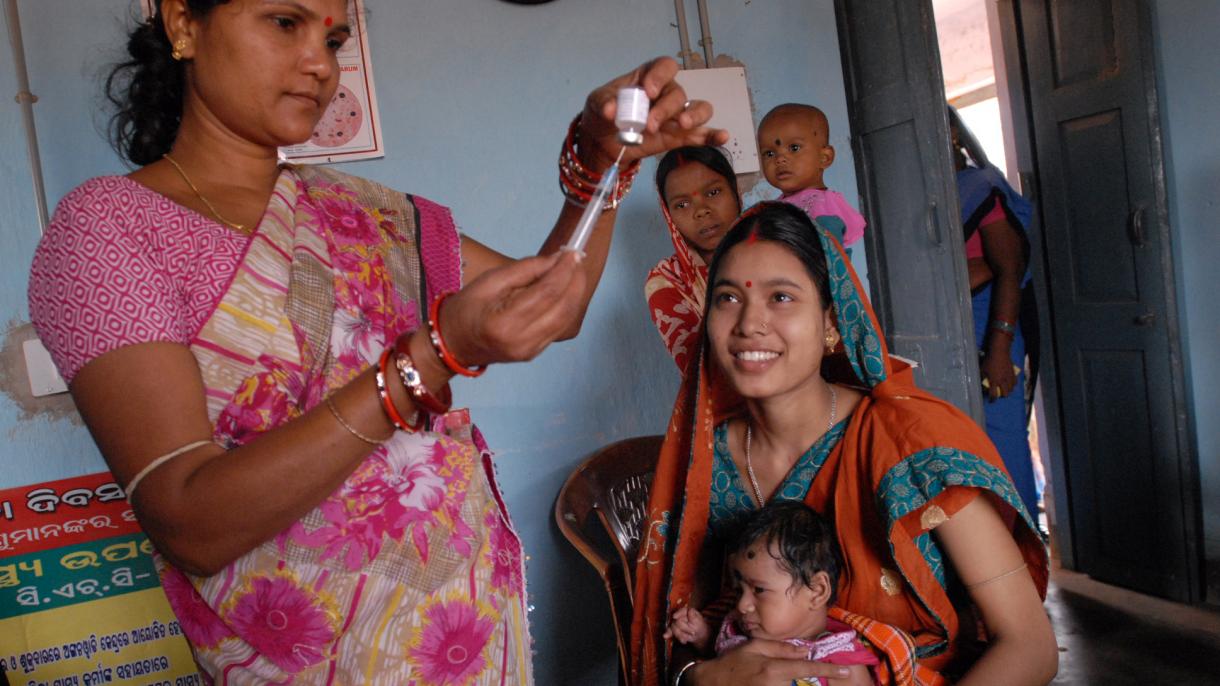 The attempt of this forum is to generate a discussion around a critical analysis of the National Health Protection Scheme-Ayushman Bharat, the arguments and debates of implementation and actual public health realities. At the same time the attempt is also to understand and uncover the gendered implications of the scheme, especially keeping maternal and reproductive health as well as women's bodies in mind. How do exclusions happen? What kind of gendered marginalization does this hold- both for the vulnerable populations as well as in terms of the future of the scheme? The effort is to open the debate to critical perspectives around the inter-linkages of public health, gendered marginalization and perhaps an understanding of health and care at a larger level- in thinking of questions of implementation and the future of health in India.

A 2015 survey by the NSSO presented some alarming statistics on the extent to which medical emergencies batter the finances of poor families[1]. The survey showed that hospitalisation expenses for critical ailments had shot up by 300 per cent over a decade. With over 80 per cent of the households not covered by any health scheme, most of the cost was met out-of-pocket. An estimated 6 million families sink into poverty each year due to hospitalisation. Ayushman Bharat, by targeting the 40 per cent of India’s households at the lower rungs of the socio-economic ladder, tries to pre-empt this battering to family finances from sudden healthcare costs, by attempting to project ensure cashless treatment.

According to the Indian government’s website, “Ayushman Bharat is the National Health Protection Scheme, which will cover over 10 crore poor and vulnerable families (approximately 50 crore beneficiaries) providing coverage upto 5 lakh rupees per family per year for secondary and tertiary care hospitalization. Ayushman Bharat - National Health Protection Mission will subsume the on-going centrally sponsored schemes - Rashtriya Swasthya Bima Yojana (RSBY) and the Senior Citizen Health Insurance Scheme (SCHIS)”[2]. Some of the salient features of the scheme include- it being a portable scheme across the country with a defined benefit cover of Rs. 5 lakh per family per year; the beneficiary covered under the scheme will be allowed to take cashless benefits from any public/private empanelled hospitals across the country; and being an entitlement based scheme, the entitlement will be decided on the basis of deprivation criteria in the Socio-Economic Caste Census (SECC) database. The implementation strategy as elaborated includes that at the national level an Ayushman Bharat National Health Protection Mission Agency (AB-NHPMA) would be put in place. States/ UTs would be advised to implement the scheme by a dedicated entity called State Health Agency (SHA). Also States/ UTs can decide to implement the scheme through an insurance company or directly through the Trust/ Society or use an integrated model.

The proposed impact projects increased benefit cover to nearly 40% of the population which is the poorest and the vulnerable, covers almost all secondary and many tertiary hospitalizations, with a coverage of 5lakh for each family. This is intended to lead to an increased access to quality health and medication. In addition, the unmet needs of the population which remained hidden due to lack of financial resources can be catered to and lead to timely treatments, improvements in health outcomes, patient satisfaction, improvement in productivity and efficiency, job creation thus leading to improvement in quality of life. Ayushman Bharat - National Health Protection Mission will target about 10.74 crore poor, deprived rural families and identified occupational category of urban workers' families as per the latest Socio-Economic Caste Census (SECC) data covering both rural and urban. It will be rolled out across all States/UTs in all districts with an objective to cover all the targeted beneficiaries[3].

The expenditure incurred in premium payment will be shared between Central and State Governments in specified ratio as per Ministry of Finance guidelines in vogue. The total expenditure will depend on actual market determined premium paid in States/ UTs where Ayushman Bharat - National Health Protection Mission will be implemented through insurance companies. However the use of insurance to reimburse healthcare costs to ensure the payments is anticipated to create more hassles for the poor and more profits for the insurance companies and private hospitals. Premium costs for the scheme are expected to be shared between the Centre and each State in a 60-40 ratio, with States expected to voluntarily opt into the scheme. The collaborative model even though can be expected to ensure that State governments do their bit on last-mile delivery of healthcare services, however it has always raised questions.

The key objective of any health insurance programme[4] is to protect individuals from income shocks that entail an unexpected event like an illness requiring lumpy expenditures to be incurred without prior notice. Due to the abysmal public spending of about 1.15% of GDP on health, it is individual households that bear the brunt of the expenditures accounting for almost 67% of the total health spend. Countries like Canada, the UK, Japan, Thailand, Sri Lanka, for example, provide health services through own hospitals or fully pay for services availed from private facilities, in the belief that it is the state’s obligation to its citizens to ensure that no one should suffer for want of ability to pay for medical treatment. The US makes individual citizens responsible for falling sick. Citizens in the US have to, therefore, buy insurance in the market as well as pay 30% of the cost of treatment upfront. The US, however, subsidises the poor and the elderly. European countries follow the social insurance model under which the government, employers and individuals share the cost. Such arrangements are, however, possible when over 90% of the people are in formal, organised employment enabling making health insurance a mandatory requirement[5].

Given that 93% of our workers are in the non-formal sector with no certainty or reliability of income flows, the government has been taking the responsibility of paying the premium on behalf of the poor and vulnerable. While in 20 states, such financial arrangements are made through the intermediation of commercial insurance companies, about three states have established government-owned trusts and five have a combination of both. In 2008, the Rashtriya Swasthya Bima Yojana (RSBY) was launched providing annual insurance cover for Rs 30,000 for a BPL family. Evaluation studies of RSBY show that despite the lapse of a decade, only 3.6 out of the 5.9 crore families have so far been covered. Implemented through commercial insurance companies and a network of 8,697 hospitals, there is no uniform premium that varies from district to district. With the average claim ratio at about 33%, the scheme is reported to not have had any impact on reducing out-of-pocket expenses. The reason for such poor outcomes is access to good quality care[6]. Overall, it is to be noted that in-patient care accounts only for a third of the out-of-pocket expenses. As seen in the existing RSBY, 25% of the patients seeking this cover slipped into spending over 40% of their incomes on buying drugs and diagnostics leading up to the in-patient treatment. Therefore, due to this limited nature of the scheme, the Ayushman Bharat Scheme will have only a marginal impact on achieving the stated objective of reducing out-of-pocket expenses and catastrophic expenditures[7].

The Ayushman Bharat scheme consists of two separate parts. One is the creation of 150000 “Health and Wellness Centres” which are primarily the old primary health centres, and for each of which the 2018-19 Union budget allocates only Rs.80000. The other part is the Pradhan Mantri Jan Arogya Yojana (PMJAY), which is the old Rashtriya Swasthya Bima Yojana (RSBY) in a new avatar. This new scheme is supposed to cover 10 crore families (or 50 crore persons) and provide insurance cover up to Rs.5 lakh per family per annum. It is being touted as the largest health insurance scheme in the world. And yet the amount earmarked for the scheme in the 2018-19 budget is just Rs.2000 crores, which comes to Rs. 40 per person per year. Even if the states’ share is additionally taken into account, the per capita provision comes to a mere Rs.67 (Patnaik, 2018)[8]. In fact ironically in the very budget in which the government claimed that it was rolling out the world’s largest health insurance scheme, the total allocation for the health sector showed scarcely any increase at all (ibid.).

Allocations being inadequate, experts suggest that if the failures documented for RSBY are any indication, the NHPS (National Health Protection Scheme) is likely to result in over-treatment or unnecessary surgeries. Hence, if the scheme is used (misused/overused/abused), premium rates are sure to increase. Determination/rationalization of reimbursement rates and their timely revisions, criteria for empanelment, post-enrollment quality checks, optimal payment models, use of technology, enabling transparent governance, and effective redressal mechanisms will be required to ensure quality care, honest and better participation of the private sector (Bakshi et al, 2018)[9].

Further experts suggest that the success of the scheme will depend upon focusing on ‘health’ and not merely sickness. Reducing disease burden through robust primary care, focus on allied determinants of health, quality outdoor and indoor services in public hospitals and incorporation of indigenous school of medicine and technology will all help in checking farcical and wasteful expenditure. Instead of shrinking its role in health-care provision, participation of government system has to be increased progressively. If only some of these funds are allocated to revive/strengthen the system, patients will avail comprehensive health care nearer to their homes rather than being referred to far away urban private operators for on-demand secondary/tertiary care with added cost of transport, stay/loss of wages of attendant(s), etc.

In this light, the gendered implications of the scheme, with all its problems of budgetary allocations, hand-holding with insurance companies and private hospitals and fixing short term disease rather than long term health-care, how does one understand the basic concern of accessibility, health seeking behaviours as well as awareness about one’s bodies in terms of health (physical and mental health), in relation to women, young adolescent girls and boys and vulnerable populations is a fundamental concern. The forum will attempt to address the question as well as the larger problem of access to health in the country.

[3] However, as of now, 26 States had opted to join this scheme with over 8,700 public and private hospitals empanelled (https://www.thehindubusinessline.com/opinion/columns/slate/all-you-wanted-to-know-about/article25030717.ece).