Between empathy and fear - flight migration and the future of asylum 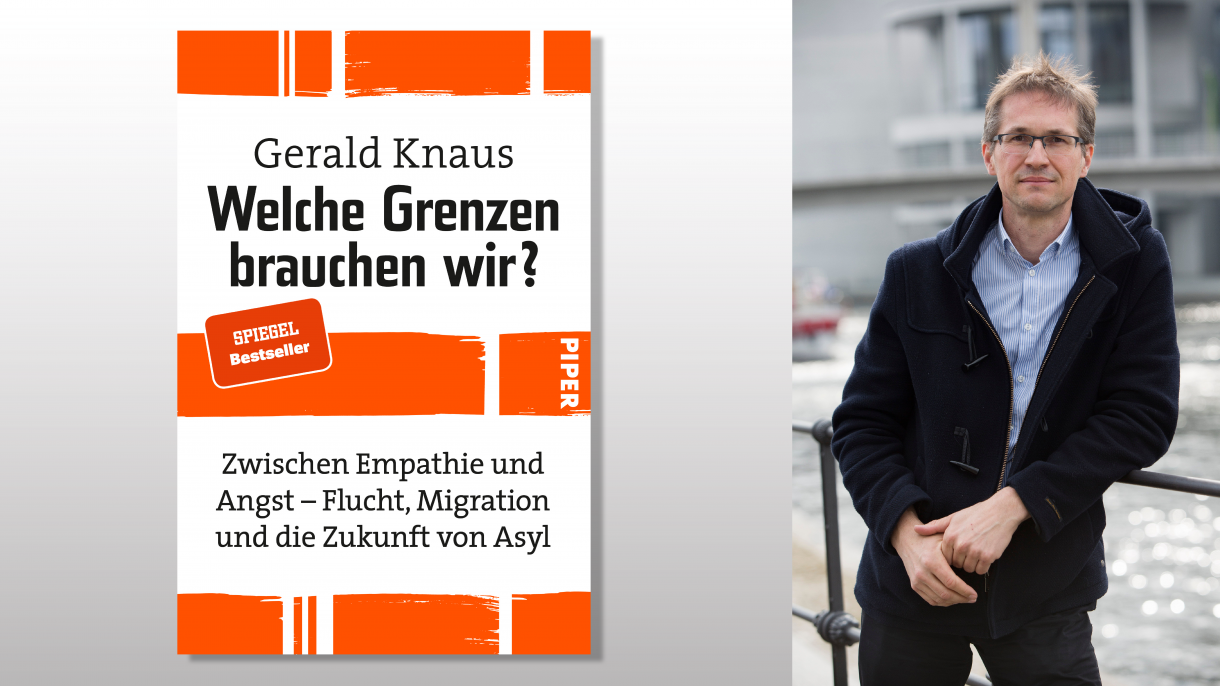 „The foundation of the moral re-establishment of Western Europe after the Second World War was based on the orientation of public policies on respecting and safeguarding the human dignity of each individual" writes Gerald Knaus in his newly published book "Wieviel Grenzen brauchen wir?" (“On humane borders”) In order to secure this foundation throughout the times, he argues, we need approaches that „convince political and social majorities”.

Knaus cautions to consider the asylum law achievements in post-war Europe as irreversible or even without alternative. In that, he is extremely topical, as "currently a state of emergency reigns at the external borders of Europe."

In this book, the migration expert – often referred to as the „architect of the ‚Türkei-Deal‘“ (the German-Turkish deal on refugees and migration) – fuses his approaches proposed in his numerous contributions as an influential political advisor into a larger whole: a plea for a humane – and at the same time realistic – asylum and refugee  policy. In doing so, he combines contemporary highlights of the recent history of asylum with tangible ideas on how the idea of the „Geneva Refugee Convention“ can be carried forward and how Europe's external border can be secured without turning the continent further and further into a fortress.

He eloquently refutes the myths of the often irritable and ideologically charged migration debate, deconstructs clichés and focuses his own language on the humane: „No inhuman boundaries”!

For what Knaus is less known than for the so-called „Turkey Deal“ is his „Gambia Plan”: In a separate chapter Knaus quite clearly debunks the perception – which has repeatedly been instrumentalized politically – that in Africa „millions of young people are sitting on packed suitcases, ready to come to Europe at any moment“. When looking for a future for asylum, he recommends an interest-based “migration diplomacy” in cooperation with countries of origin and transit countries.

There is a lot of debate about whether Gerald Knaus always suggests the appropriate solution. We want to talk with him about borders and limits, principles and their current failure - and above all about ideas and visions on how to maintain and secure humanity and dignity  in European migration and asylum policies.