Polish and German views on Ukraine and the conflict in Donbas 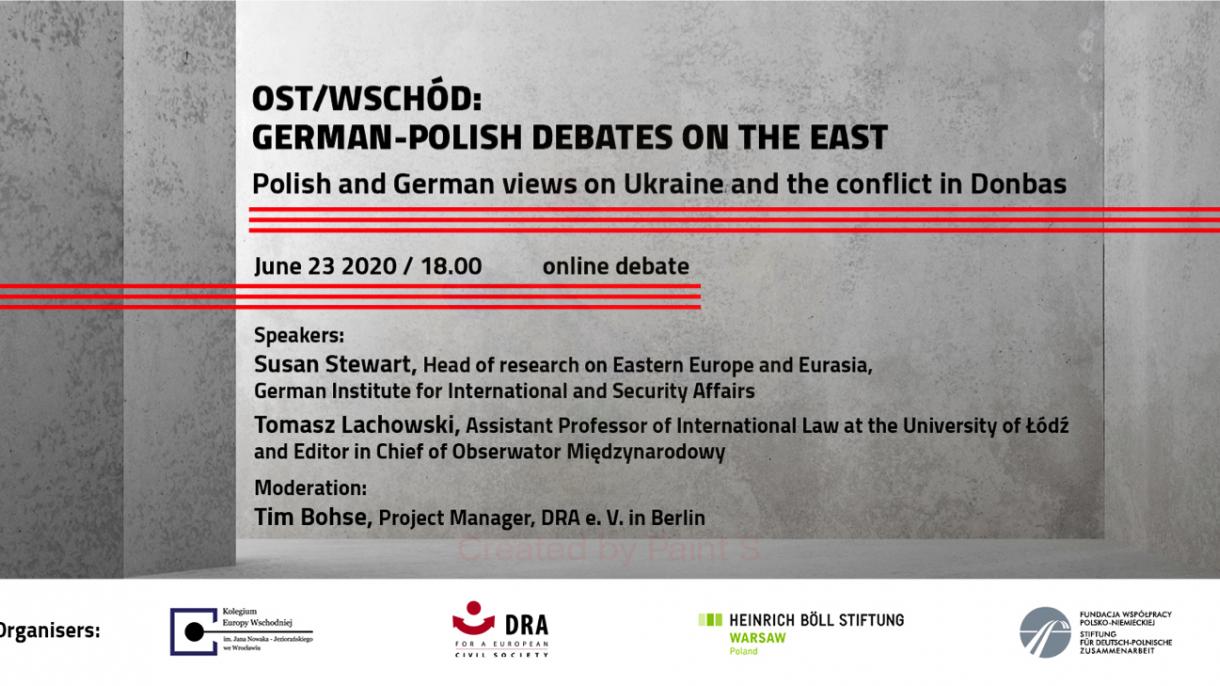 We cordially invite you to take part in next debate in the framework of the project titled “Ost/Wschód: German-Polish Debates on the East”. This time, we want to focus on Ukraine and on the armed conflict in the Eastern part of the country.

How are Poland’s and Germany’s relations with Ukraine and how did the annexation of Crimea and the beginning of the war in Donbas change them? What is the situation in Donbas today, six years after the beginning of the conflict? How are the outcomes of the negotiations in Minsk and in the Normandy format assessed in Germany and Poland? What are the political visions in Poland and Germany for bringing peace to Eastern Ukraine and what role does the European Union play in it?

The debate will feature:

Susan Stewart, Head of the Research Division on Eastern Europe and Eurasia, German Institute for International and Security Affairs in Berlin

Tomasz Lachowski, Assistant Professor of International Law at the University of Łódź and editor in chief of Obserwator Międzynarodowy

The debate will be moderated by Tim Bohse, Deutsch-Russischer Austausch e. V. in Berlin

The debate will be held in English. Please register your participation. A link with the event stream details will be available shortly to all those who registered.

The debate is co-organised by the Jan Nowak Jeziorański College of Eastern Europe and the Deutsch-Russischer Austausch e.V. (DRA) and sponsored by the Heinrich Böll Foundation’s Warsaw Office as well as the Foundation for Polish-German Cooperation.