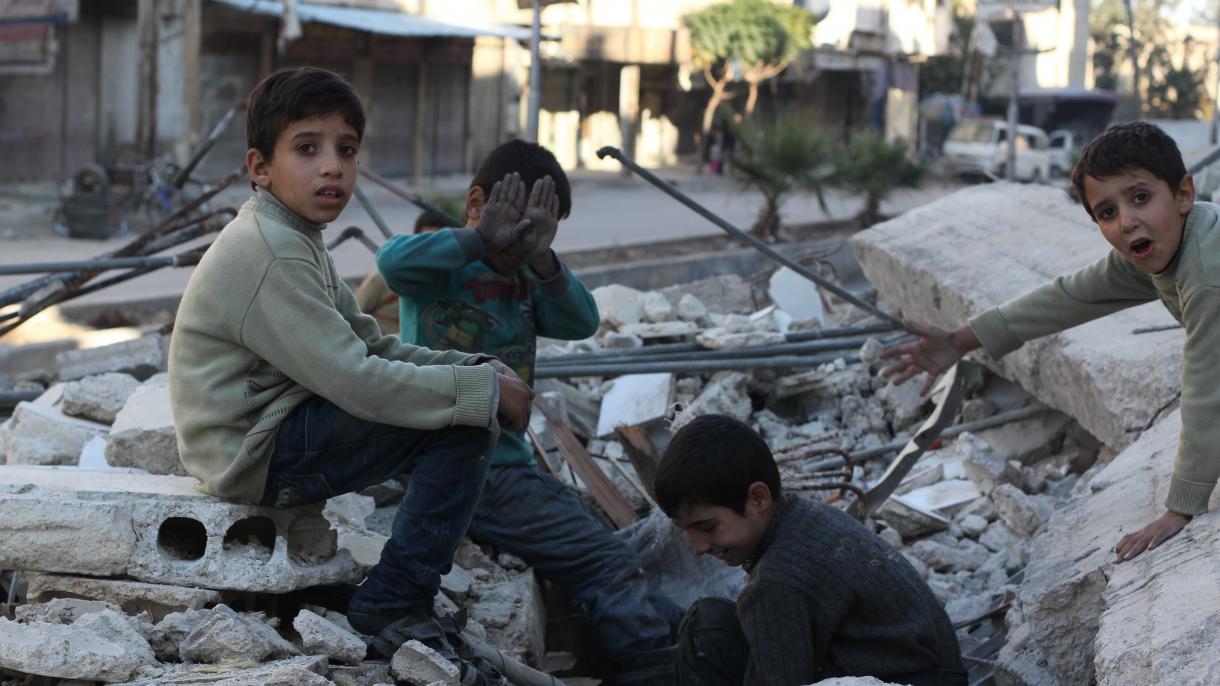 Film screening and discussion with experts and activists

One of the biggest humanitarian disasters in the world is unfolding in Syria: More than half of the Syrian population has had to flee, the situation of the 5.6 million internally displaced people has deteriorated dramatically - and now they face the threat of famine. Due to the chaotic situation and systematic disinformation by the regime, the United Nations had to discontinue its surveys as early as 2013. At the time 400,000 people had been killed and 130,000 were victims of forced disappearances.

It all started with peaceful protests:  in 2010/11, women and men throughout the region protest against authoritarian regimes. In the spring of 2011, the movement also takes hold in Syria. People demand dignity and freedom and an end to corruption. Bashar al Assad’s regime responds to these demands with ruthless violence. The arrest and torture of children triggers the largest protests in the country’s history.

Europe and the USA express their solidarity, but provide little support for the democratic forces, so that they are ground down between the regime and fundamentalists supported by Turkey and some Gulf states. In 2014, the self-styled “Islamic State”  proclaims a caliphate in Syria. An international coalition supports Arab and Kurdish forces in crushing IS, which succeeds in 2018 - but Bashar al-Assad remains in power, supported diplomatically and militarily by Russia, and with ground troops by Iran and Hezbollah.

But how did this come about? What role did external powers play, fundamentalist forces or “IS”?

To help explain the complex events in Syria, the Heinrich Böll Foundation has produced an explanatory film which will be shown for the first time at this event. The film retraces the events together with three Syrian eye witnesses who are also guests at this event. Journalist and author Dima Wannous, journalist and activist Wafa Ali Moustafa and actor and director Anis Hamdoun talk about the background of the revolution, how they experienced the protests and what are the prospects for themselves and for Syria. We will discuss with them scenarios, strategies and prerequisites for a non-violent and more democratic future for Syria.