The Gendered Effects of Air Pollution 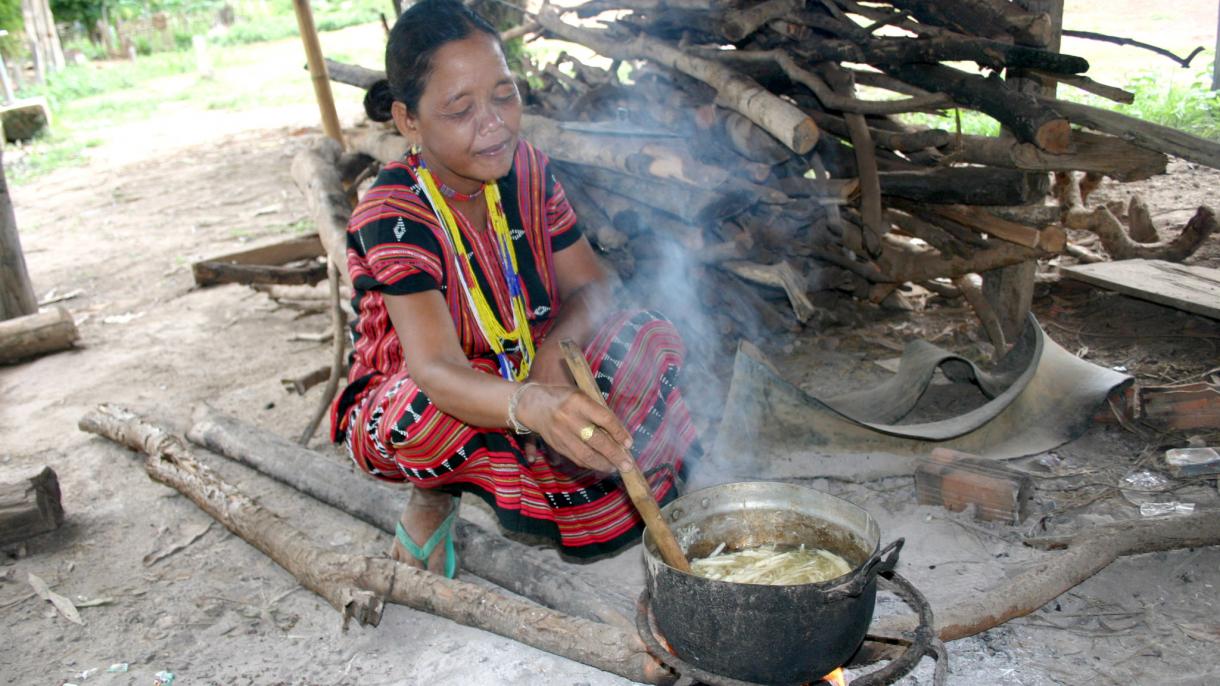 A Brau woman in Attapeu province of Laos boils bamboo shoots over a wood stove. Stoves of this sort, made of a metal or ceramic tripod with space to push logs as they burn, are common throughout Laos.. Creator: BigBrotherMouse.

The attempt of this forum is to understand the ill-effects of air pollution and its gendered implications. The effort is to analyse how the city as well as rural spaces are getting restricted and inaccessible because of the gendered impacts of air pollution as well as how does gender play a role on the adverse effects on health and its inequalities. We will  broadly focus on how air pollution, climate change and environment pollutants have had specific gendered effects and at a larger level an attempt is to understand the severity of the environmentally insensitive world we are heading towards.

The report of the ‘Steering Committee on Air pollution and health related issues’ (2015), further talks about a focus on an ‘exposure based’ understanding of analysing the impact of air pollution and its effects. The central theme of this report is on the integrated exposure of the population to all sources of air pollution – household and ambient, since health outcomes are determined by total exposure to air pollutants. An exposure-based approach can therefore aid in identifying (and prioritizing for policy action) those sources that significantly affect exposure (p.9).

The report (ibid.) also emphasizes the fact that the disease burden estimates for air pollution get enormously strengthened through the development of what is now called “integrated exposure-response” (IER) relationships that uses the vast health literature of health effects from outdoor air pollution, active smoking with the growing literature documenting effects from second-hand tobacco smoking and household air pollution. These show a gradual rise in risk for five major categories of disease (lung cancer, heart disease, stroke, chronic obstructive pulmonary disease, and child pneumonia) – with outdoor air pollution levels at the lower end, active smoking at the highest levels, and second-hand smoke and HAP being intermediate (p.13).

Parikh et al’s (1999) phenomenal work on indoor pollution also shows that “despite uncertainties in assessing the impact of indoor air pollution, it is now appearing that in India and other countries where solid fuels are used in simple stoves, indoor air pollutants may rival unsafe water as a cause of ill health” (p.540). This evidence reiterates the fact that air pollution is inter-linked with the implications on health as well as long term survival and longevity issues.

Further Goldemberg et al (2018) talk about the human and social impact of relying on traditional biomass cook stoves, such as the drudgery and time lost in collecting firewood. The authors also evidence that the current state of scientific understanding indicate that the health impact resulting from direct exposure to biomass cook smoke leads to about 2.2–3.6 million excess deaths per year, accounting for about 3.9%–6.4% of global mortality (p.2).The authors also contend that the ideal action, is that which “provides an opportunity to meet pressing development needs while also resulting in greenhouse gas mitigation”. However things are more complicated, “and the navigation of the climate/development nexus may lead to outcomes in which developmental aspects are not given sufficient attention in the urgent push to tackle the climate problem. Household air pollution (HAP) from solid cook-fuel is one such instance” (p.1).

A Lancet study (2017, the renowned Medical journal) shows and analyses how pollution control (and air pollution in specific) advances the attainment of many of the sustainable development goals (SDGs). In addition to improving health in countries around the world (SDG 3), pollution control will help to alleviate poverty (SDG 1), improve access to clean water and improve sanitation (SDG 6), promote social justice (SDG 10), build sustainable cities and communities (SDG 11), and protect land and water (SDGs 14 and 15). “Pollution control, in turn, will benefit from efforts to slow the pace of climate change (SDG 13) by transitioning to a sustainable, circular economy that relies on non-polluting renewable energy, on efficient industrial processes that produce little waste, and on transport systems that restrict use of private vehicles in cities, enhance public transport, and promote active travel” (p.2).

The study (ibid.) further analyses how “pollution is intimately linked to global climate change”. It shows that, fuel combustion—fossil fuel combustion in high-income and middle-income countries, and biomass burning in inefficient cookstoves, open fires, agricultural burns, forest burning, and obsolete brick kilns in low-income countries—accounts for 85% of airborne particulate pollution and “for almost all pollution is by oxides of sulphur and nitrogen. Fuel combustion is the major source of greenhouse gases and short-lived climate pollutants that are the main anthropogenic drivers of global climate change” (p.4). Further they content that pollution is very costly; it is responsible for productivity losses, health-care costs, and costs resulting from damages to ecosystems. But despite the great magnitude of these costs, they are largely invisible and often are not recognised as caused by pollution (ibid.).

It is also important to note that how the nature of pollution is changing and, worsening in many places around the world. These changes reflect increased energy consumption, the increased use of new materials and technologies, the rapid industrialisation of low-income and middle-income countries, and the global movement of populations from rural areas into cities. Household air and water pollution, the forms of pollution that have been historically associated with profound poverty and traditional lifestyles, are slowly declining (ibid.). The Lancet study (2017) helps us to see the key drivers of these types of pollution which are: the uncontrolled growth of cities; rising demand for energy; increasing mining, smelting, and deforestation; the global spread of toxic chemicals; progressively heavier applications of insecticides and herbicides; and an increasing use of petroleum-powered cars, trucks, and buses (p.4).

Another very recent study by the Centre for Science and Environment (2018), known for their extraordinary work and analysis on air pollution specifically in Delhi and other cities, tells us that how it is not just important to look at the unprecedented growth of cities in terms of demand and spread but also at how do people commute. So looking at not just the increase of number of vehicles or the spread of populations but also looking at the travel plan or the trip average of commuters. In looking at the trip average or commuting practices, the movement, use of vehicles and public transport usage can be analysed. Also by having an estimate of the commuting practices, one can also ascertain how much household income gets spent in transport, how are the commuting practices gendered, how does pollution in cities genders mobility and commuting practices. This can help determine both the access as well as the impact of air pollution.

The forum thus would open up the debate around challenges of impact and effects of air pollution, its gendered implications as well as what holds as possibilities at the level of policy and advocacy to bring changes for a better impact, survival and longevity.

GOI. (2015). Report of the Steering Committee on Air Pollution and Health related issues. Ministry of Health and Family Welfare.

[1] Government of India, Ministry of Health and Family Welfare, Report of the Steering Committee on Air Pollution and Health Related Issues, August 2015