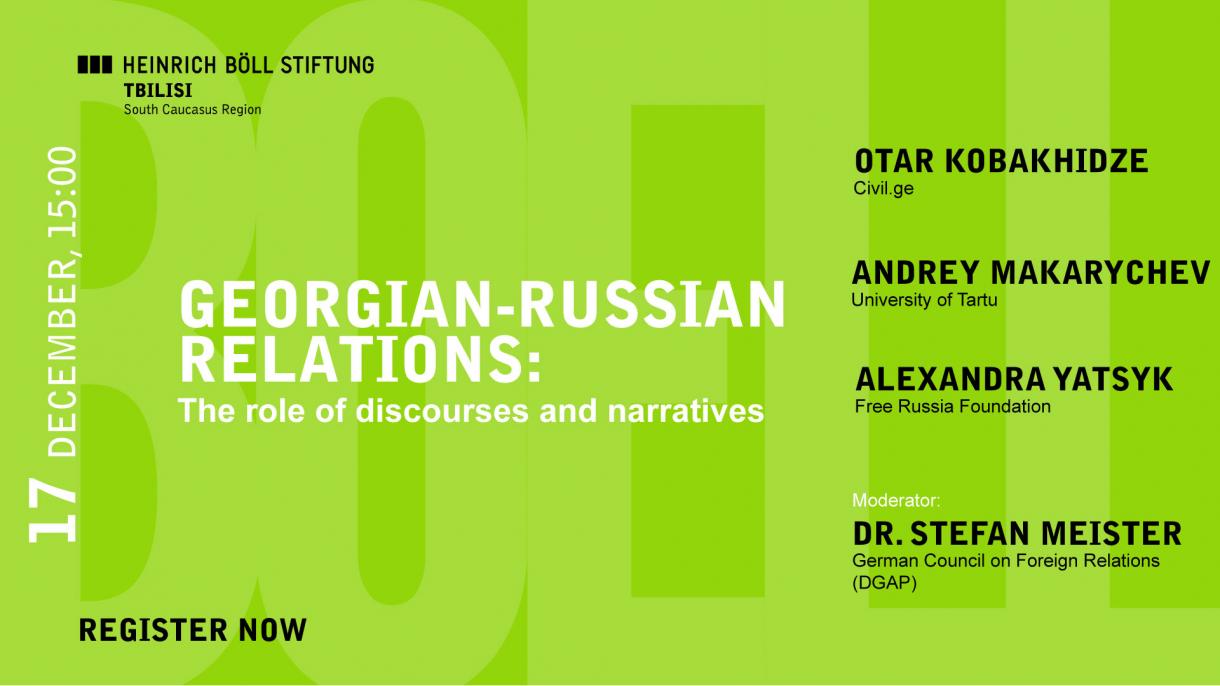 Georgian-Russian relations: the role of discourses and narratives

On December 17th, at 15:00 (Tbilisi time), the Heinrich Boell Foundation Tbilisi Office – South Caucasus Region would like to invite you to an online presentation of a publication and discussion on Georgian-Russian relations. The focus of the event will be on the role of discourses and narratives in the Georgian debate about Russia and Russian discussion on Georgia.

We will discuss following questions:

The language of the event: English. We will provide simultaneous translation in Georgian language.