Giving up has no future: 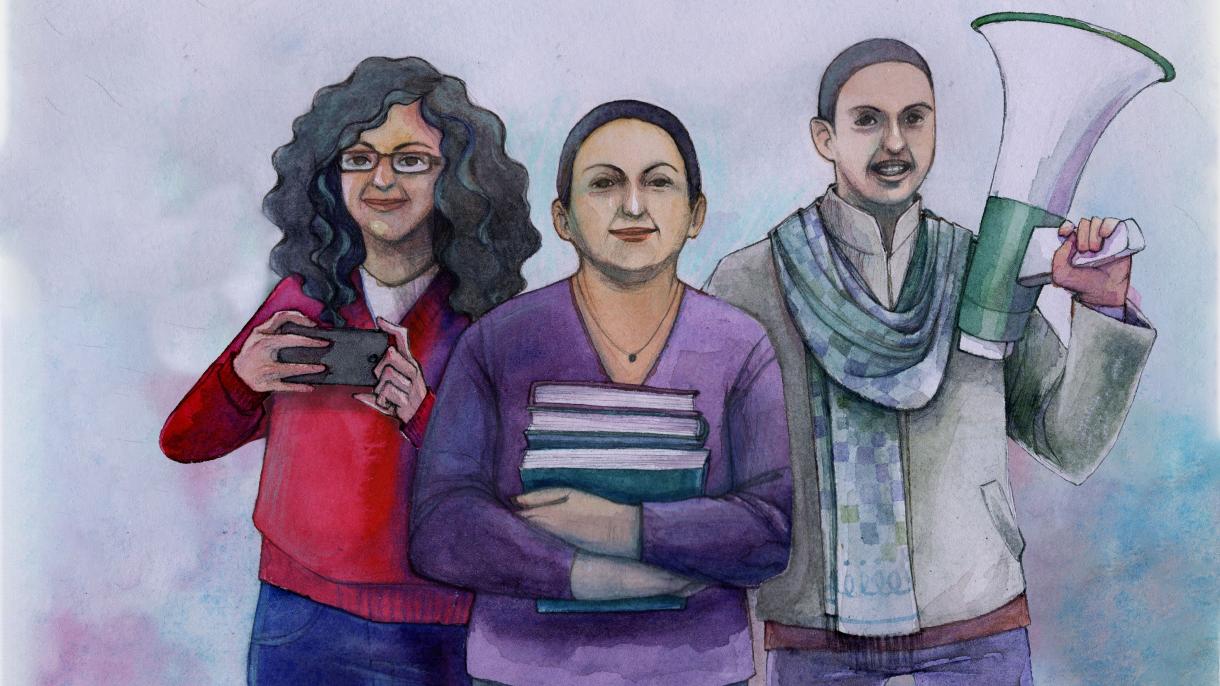 After weeks of protests and demonstrations, Tunisia's long-time dictator Ben Ali fled the country on 14 January 2011. The tyrant had fallen, the first of the revolutions in North Africa and West Asia had succeeded. But ten years on, for many activists in the region, the struggle against authoritarian regimes, for human dignity and political reform is far from over. This evening, Mona Seif from Egypt, Ola al-Jundi from Syria and Ramy Khouili from Tunisia report on why the revolutions must continue – despite the enormous strains and the sometimes violent repression by the former forces.

2011 was a turning point in the lives of Seif, al-Juni and Khouili, as it was for so many people in North Africa and West Asia. A self-determined existence free of fear with freedom and dignity was no longer an abstract dream, a secret thought – democracy, human rights and equality, they were suddenly tangible. Seemingly out of nowhere, broad alliances emerged and were formed against the authoritarian rulers, publicly discussing alternative social contracts. And thousands boldly confronted the violent military and police forces.

In the discussion with Mohamed Amjahid and the audience, Mona Seif, Ola al-Jundi and Ramy Khouili will reflect on a decade of revolutions. Did their courage at the time pay off? How have their lives changed since then? How do they view what has been accomplished? Nuances, tensions and contradictions between the dream of dignity and freedom, resistance, repression and violence are addressed as well as experiences with democracy and negotiation processes for individual freedoms and equality. Ola al-Jundi reports on displacement and migration as well as a new beginning that turns out to be very different from what was hoped for in 2011.

In conversations with Mohamed Amjahid prior to the event, Seif, al-Juni and Khouili already contemplated why, despite the increasingly arduous and dangerous struggle for democracy, dignity and self-determination, giving up has no future. The result of their conversation is three powerful and moving, animated portraits, illustrated by Diala Brisly, and presented in a scrollstory that pays tribute to the protagonists of the democracy movements as representatives of all the democratic heroes of the region. The website: revolutions.boell.de (online from 12 January 2021) will also be presented at the evening discussion.

and an intervention by Diala Brisly (illustrator, Syria)

*Mona Seif’s sister Sanaa Seif is currently in custody awaiting trial in Egypt. The court hearing is scheduled for 12 January. Mona Seif's participation depends on the outcome of the court hearing.