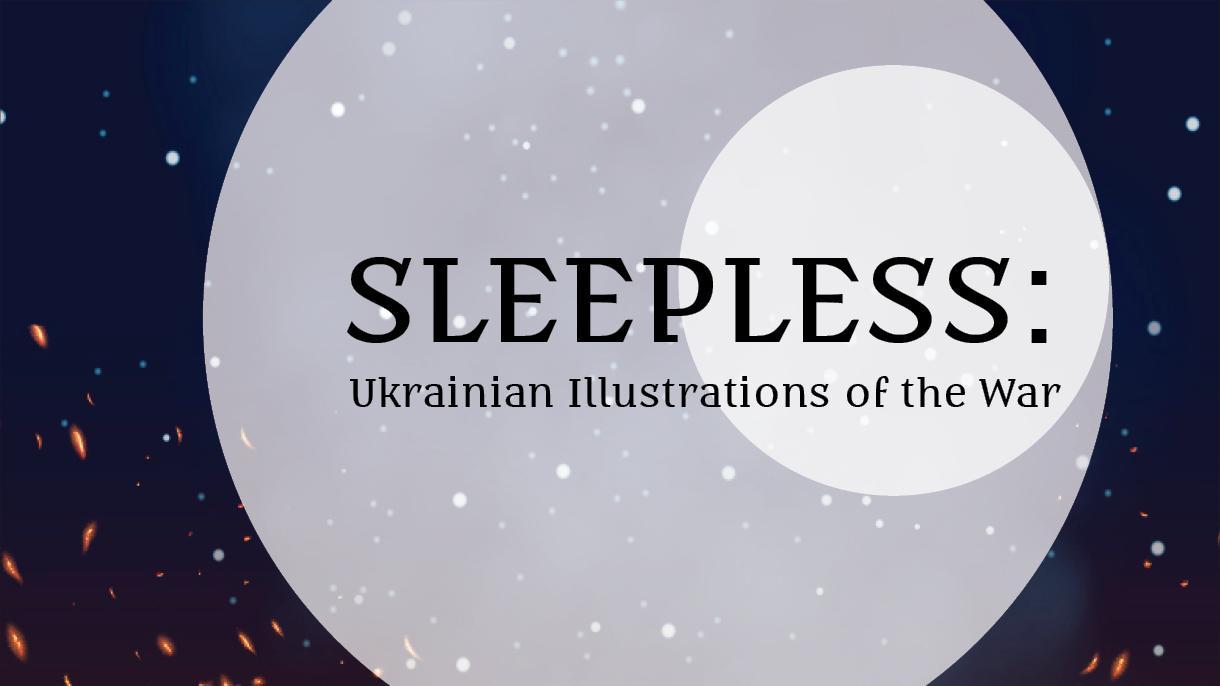 “SLEEPLESS: Ukrainian Illustrations of the War”

On November 29th at 7:00 pm the Heinrich Boell Foundation Tbilisi Office – South Caucasus invites you to the opening of the exhibition

“SLEEPLESS: Ukrainian Illustrations of the War”

The visual series "Sleepless: Ukrainian Illustrations of the War" covers the simultaneity and, of course, the abundance of different experiences of Ukrainian people during the war. The series represents people's testimony as interpreted by the authors, media images and little everyday stories, engraved in the collective memory, which become part of the patchwork of the new war reality. It is unstable and exhausting, but its comprehension and commentary are inevitable.

The exhibition will be open from November 29 through December 3.

Within the framework of the exhibition, we'll host the following events:

December 2, at 7:00 pm
Lasha Bakradze, Director of the Literature Museum, in conversation with Yulia Ilyukha, writer, on War and Literature.

December 3, at 7:00 pm
Public discussion “Women during and after war: Gender perspectives of survival strategies”

The exhibition is initiated by the Heinrich Böll Foundation, Kyiv-Ukraine Office, and will be held in various cities around the world.

The images in this series originated in the midst of the ongoing war. Here, we see an attempt to suspend time to preserve the memory of human experience, which risks being lost due to the rapid development of events and the inevitably fast operation of the destructive war machine. Contrary to this forced speed, the images begin to speak to others, building solidarity between people. Their common message is anti-war, and their call is to remember and act immediately.