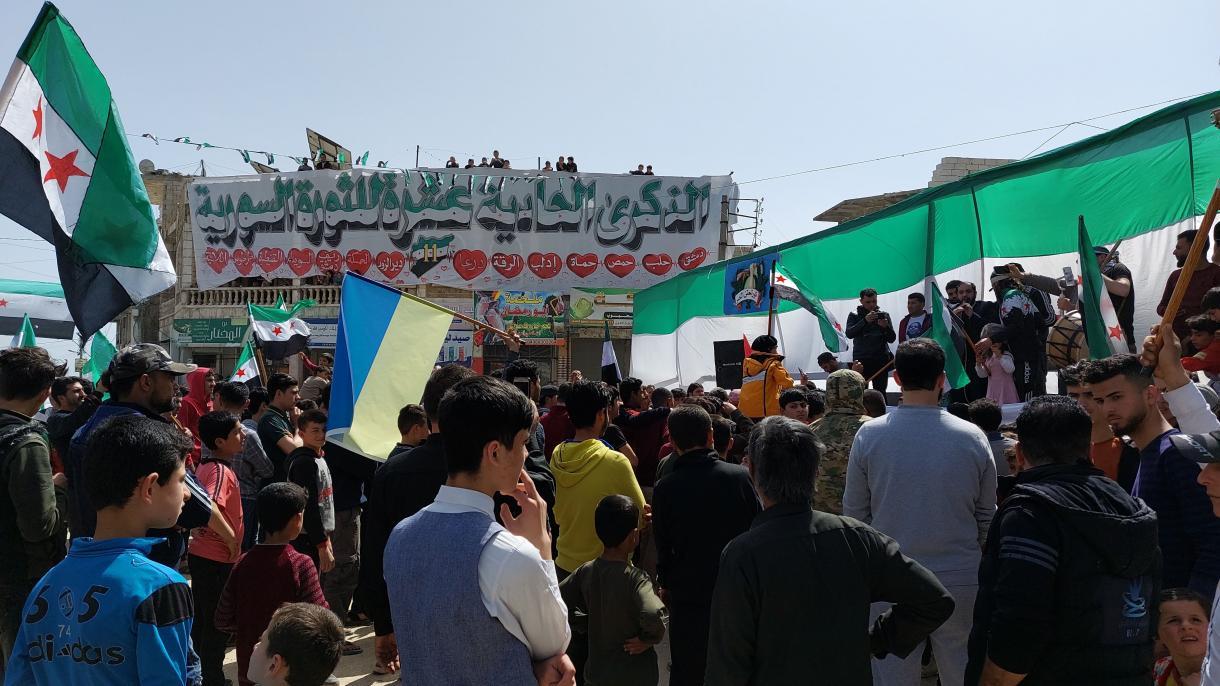 From Syria to Ukraine: Targeting civilians

Civilians are afforded general protection against the dangers arising from acts of war, and attacks must be strictly limited to military targets - at least that is what is stipulated in international humanitarian law. However, these principles have been disregarded in the war in Syria since the revolution began in 2011. The regime and its allies, especially Russia, target hospitals, schools and other civilian facilities. Hundreds of thousands are victims of forced disappearances in Syria, most of them by the regime. The “Caesar photos” document the deaths of thousands of men and women by torture. At the court proceedings in Koblenz, where two members of the Syrian regime had to stand trial for crimes against humanity, testimony was given by the “gravedigger”, who the regime instructed to bury thousands of dead in mass graves,ignoring the victims dignity and at the same time destroying evidence.

Many of the methods that primarily target civilians and politicise and exploit humanitarian and medical aid can also be seen in Russia’s war of aggression in Ukraine - but also the solidarity of Syrian activists who make their experience and expertise available to Ukraine.

A letter by the “gravedigger” as an eyewitness will be read out. With survivors and family members of those affected by the systematic violence as well as experts from diplomacy and politics we discuss what role Syria has played in Russia’s actions in Ukraine: What does it mean that the Syrian regime and its supporters have not yet been held accountable for the crimes in Syria? How can the Western nations intervene to clarify the fate of the missing and to ensure that political prisoners are released from the inhumane prison conditions in Syria? What role do attacks on medical facilities play and how can they be better protected and humanitarian aid better guaranteed?

Moderated by:
Dr Bente Scheller, Head of the Middle East and North Africa Division of the Heinrich Böll Foundation, Berlin