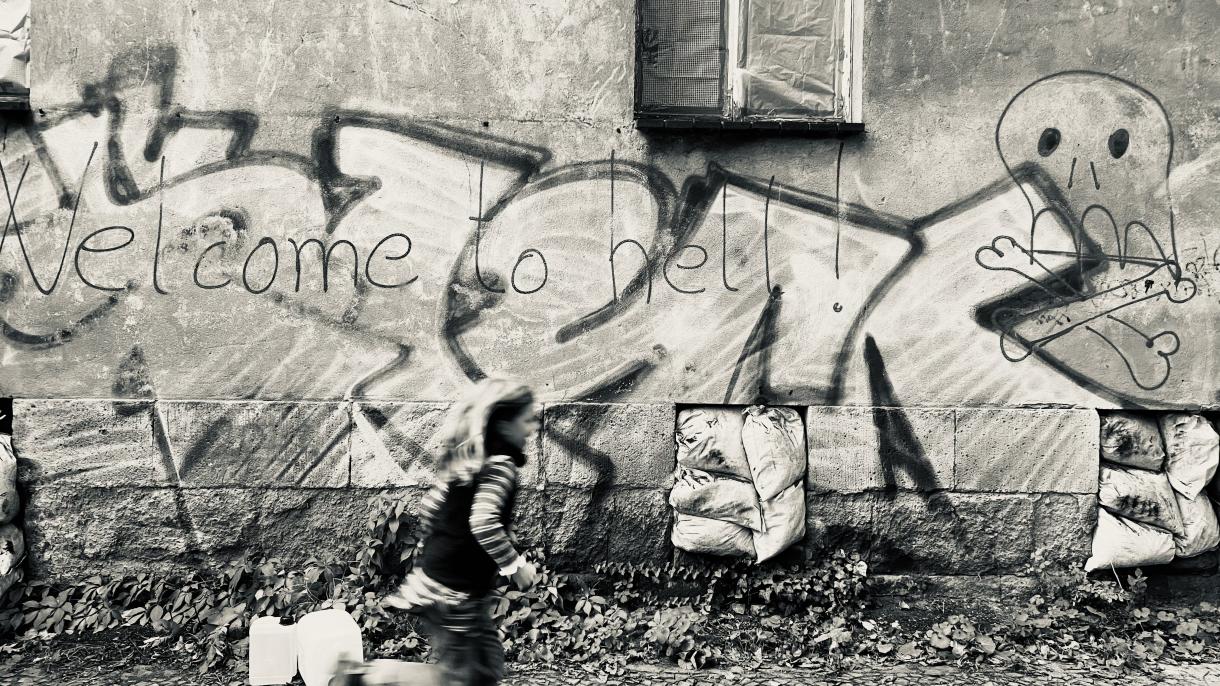 a collective experience of a siege

In war, everything is radically turned upside down: The abnormal becomes normal, the normal abnormal - all of life, under existential threat, appears frighteningly surreal. Humor was one of the few means of survival people had left: you can take away their water, their electricity, basic rights like freedom of travel and movement. You took away their lives - but humor remained. Laughter in the face of danger was and is a survival strategy.

Maja Zećo and Ina Arnautalić are two Berlin-based artists who lived through the war inBosnia and Herzegovina (1992-95) and became refugees. Whenever they tell their friends in Germany funny war anecdotes from their childhood, there was a sense of unease - as if permission was needed to laugh along.

The work on the play 'How we laughed' gathered artists from Bosnia and Herzegovina, Belgium and Germany, it was premiered in the program of the festival Radar Ost 2021. In 'How we laughed' the siege of war was brought to life, and the actors portrayed authentic situations and absurd anecdotes from everyday life at that time. The audience was right in the middle of it all and immersively experienced its very own confrontation with the subject of war. The setting for the production was the caretaker's house of an old cemetery. The entire house - cellar, hallway, kitchen, living room - became the stage. Sounds, smells and scenic images conveyed the intense impression of an exceptional situation.

The film production of the play of the same name, shot in the rooms of the caretaker's house, artistically approaches in its own way the processing of these experiences of war and siege. Based on an idea by Maja Zećo and Ina Arnautalić; directed by Sandin Puce and visual direction/cinematography by Yunus Roy Imer, a film version was created that is now premiering in Berlin.

Followed by a talk with

Registration The registration is closed. You can follow the film online here in the livestream.

How we laughed - A collective experience of a siege

Funded by the Hauptstadtkulturfonds, the Heinrich-Böll-Foundation, the TuWas Foundation for Public Spirit and the Rudolf Augstein Foundation.
The project is part of DRAUSSENSTADT, funded by the Mobility Fund of the
Senate Department for Culture and Europe of the State of Berlin.

>>proof of compliance with the 3G rule (vaccinated/recovered/tested)

Please arrive at least 30 minutes before the start of the event.