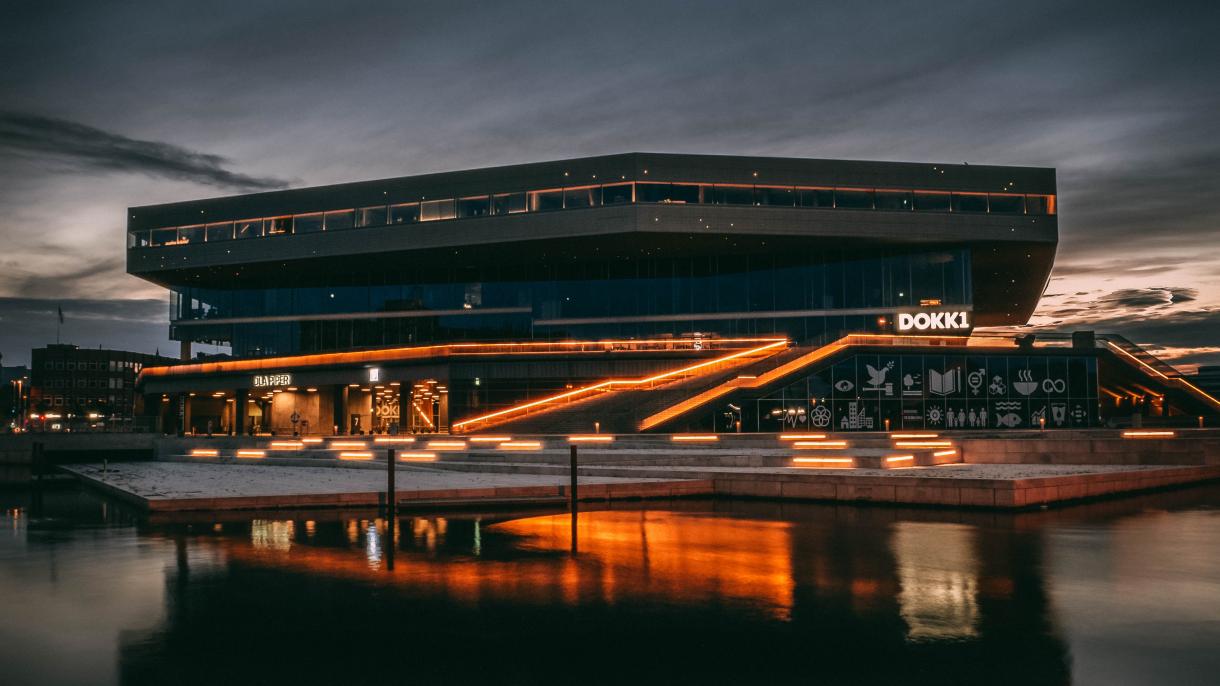 As Library Director of Aarhus Public Libraries, Marie oversees Dokk1 (the main library) and 18 branches. Since the beginning of her career in 2001 she has been part of Aarhus Public Libraries’ development of the library as a democratic space – a non-commercial space that empowers citizenship, sustainable communities and human growth.
Focusing on the knowledge city, user-involvement, partnerships, design thinking and rethinking of library space, she has investigated new technologies, involvement processes and organisational learning in library development.

From 2005-2015 Marie was the project leader of the building of Dokk1, implementing and developing these ideas as well as introducing new formats of user- and citizen involvement in the planning and building of Dokk1, that opened in June 2015.

Dokk1 is the largest public library in the Nordic Countries and won the Public Library of the Year Award in 2016. It has been highly acclaimed both in- and outside the library world for its rethinking of library spaces, partnerships, involvement of users and part-taking in city development.

After the opening of Dokk1, Marie took on a leadership position focusing on community engagement, partnerships and design thinking. In 2017 she was appointed Library Director of all 19 libraries in Aarhus.
Throughout the years she has worked intensely with co-creation and partnerships – nationally and internationally – to push development, network and innovation in the library sector.
She is the co-inventor of Next Library – a biannual international conference gathering thought leaders and innovators from over 30 countries around the world in a highly interactive forum discussing the development of libraries for the benefit of communities.

The lecture will take about 60 minutes including discussion.